Does Your Dental Team Own These Highly Effective Characteristics? 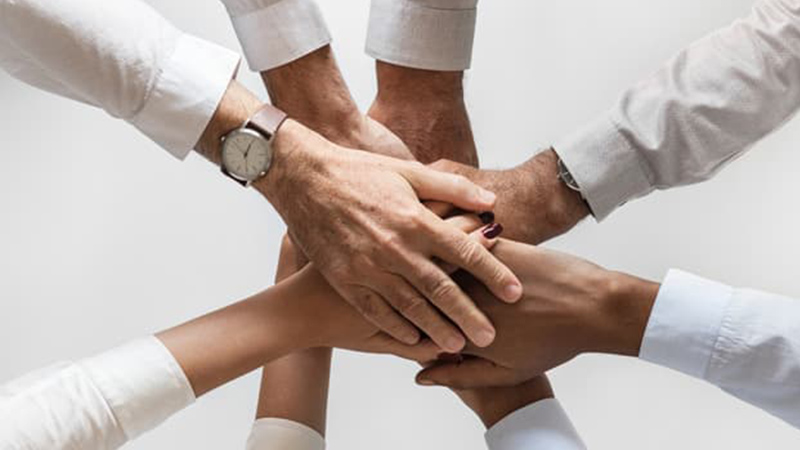 I was reminded how rare this concept is and how I’ve only seen it a couple of times in my lengthy Dental career. The one extremely effective team I experienced was that of Kim, Jeri, Bridget, and Kimberly. We’re speaking of four women who ran a Dental Practice like a top and really enjoyed their work together. Kim and Jeri were the Dental Assistants, Bridget was the Dental Office Manager and ran the administrative portion of the practice and Kimberly was the Dental Hygienist.

These women rocked that office and when the personal problems of the Dental Practice owner surfaced, the entire Dental Team fell apart. Bridget was the first to go, then Jeri and Kim followed close behind her. Kimberly was the last to leave. This Dentist lost a rock-solid Dental Team because he didn’t revere it, didn’t recognize its value, and was finally forced to sell his practice. Does your Dental Team have what it takes to be effective? The long-term success of your Dental Practice depends on it! - Intro by Dr. Marynak

The power of a team lies in its capacity to perform at levels, and deliver results, greater than the sum of its parts. Managers and leaders put a great deal of effort into assembling high-performing teams. Considerable resources are often expended to ensure those teams reach their potential. For team members, as well as other people in an organization, recognizing when a team is doing well is important. When improvement is needed, it is important to make positive changes. However, sometimes it is helpful to take a step back in order to recognize when a team is working effectively. The workings of a highly effective team are not always obvious or intuitive to everyone. So, what are characteristics of highly effective teams?

Being in an environment of trust feels way different than the alternative. Transparency is another way to think of this concept. Effective teams operate in an environment where they have each other’s backs. They take risks, and share successes and praise. Even more importantly, they are quick to reveal missteps. This is important because the earlier mistakes are highlighted, the easier they are to fix, and the faster and more the entire team learns. Operating in a trust-filled environment breaks down barriers and allows people to be more vulnerable.

A common misnomer about teams is that harmony is a good thing. At a core value level, yes, harmony is probably good. On the other hand, if all a team does is agree and go along to get along, this is a sign of trouble. Effective teams debate. Thanks to mutual trust, this debate is an invaluable exercise to flesh out ideas, concepts, and strategies.

It may feel uncomfortable to argue, but that is why it is so important to create a safe, trusting environment. One good strategy to spur debate is to assign someone to play the Devil’s Advocate role during a discussion. Rotate the responsibility among team members as needed. Debating, challenging, and defending ideas creates better ideas. To an outside observer it may seem like chaos or dissension, but for effective teams, it’s serious progress.

Great teams tend to be those that get pointed in the right direction early. Even when people are working on different aspects of a project, effective teams understand the end goal. They understand the mission. Habit 2 of Stephen Covey’s The 7 Habits of Highly Effective People is “Begin with the End in Mind.” Covey was writing about making powerful changes for personal leadership, but the principle is still relevant to a team.

Bringing a team together to consider questions like, “What are we creating?” “How do we want to make a positive contribution to our organization?” “How will we change the world?” can be profound. Sometimes we limit ourselves unnecessarily. Teams that use this perspective to create a mission statement or are able to rally around an existing mission can achieve great things.

This characteristic is multi-faceted. There is an underlying assumption that in order to be considered an effective team, there has to be positive results. The team has to hit its mark. This is true over the long run and is important to the sustainability of most organizations.

On the other hand, success is not always guaranteed, nor is it the best teacher. Effective teams do not over-celebrate their wins or get too low following a loss. Teams that take the time to study their results, good and bad, are able to learn and refine their recipe for success.

Highly Effective Teams have a Culture of Leadership

This subheading might be misleading. Effective teams don’t necessarily have to have a great leader. They work best in a culture of leadership. When team members are not worried about who gets the credit. When they go out of their way to serve each other. Teams that seek to learn and improve at all times. When a team has a culture of leadership, it is not about multiple team members trying to be the leader, it is about the team owning its work and supporting each other because they want the team to be more successful than any one individual.

~
"Teamwork is the ability to work together toward a common vision. It is the
fuel that allows common people to attain uncommon results."
- Andrew Carnegie