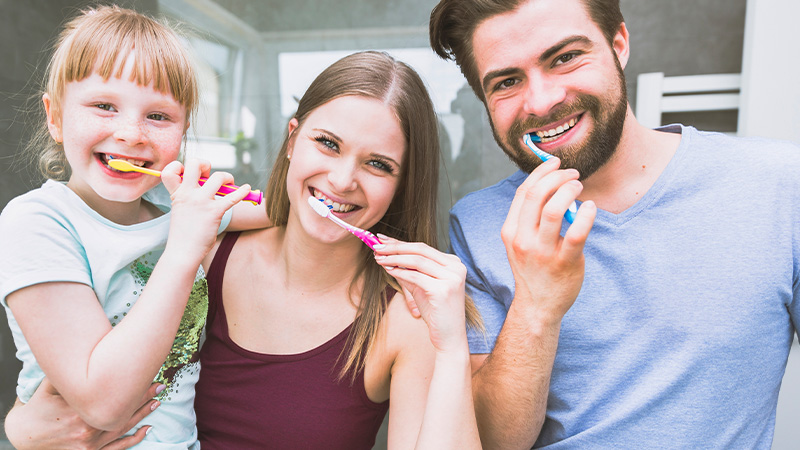 I’m going to start this by apologizing to anyone I might offend on the topic of fluoride. Although, I can’t imagine a Dental Professional believing anti-fluoride is the way to go, I have heard there are a few. There’s a lot of controversy amongst the general population and this article isn’t written to recite a bunch of research. It’s designed to provoke thought and make a few comparisons of three different states and what I’ve observed around the topic of fluoridation.

I went to Dental School at the University of Minnesota. We endured numerous (and I do mean numerous) lectures on fluoride, and how it works to reduce tooth decay. In the systemic application of fluoride, it is incorporated into the hydroxyapatite of the tooth as the tooth forms. In the topical application, it is taken up by the tooth to further reduce caries and treat sensitivity.

Let’s start in the State of Minnesota. Minnesota’s public water supply has been fluoridated about four years after I was born. When I practiced in urban Minnesota, I noticed the children in my practice rarely had any tooth decay. There were a few kids who lived in rural areas, whose water came from a well. In these instances, I noticed a marked increase in tooth decay. We even had a consultant who recommended we refer all of our child patients to Pedodontists, citing there was no work to be done on these patients. While practicing in Minnesota, we never (not even once in 20 years) had an objection to fluoride and we even gave topical fluoride treatments to all adults.

The next State in which I had the privilege of practicing was Wisconsin; southwest Wisconsin to be exact, a rural area. This area was a little tricky, because several kids were living between two households. Some towns had fluoridated water and some water supplies were not fluoridated. Suffice it to say, once you had the system down, knowing when to write the fluoride prescription and when not to, was easy. But again, there were no objections to giving fluoride to these children; it was expected.

Now I practice in the beautiful state of Oregon. I’m not sure where the message was dropped, but I’ve never heard so many outright objections to fluoride. I’ve also never seen so much devastation; the amount and degree of tooth decay is astonishing! The only patients I see who haven’t lost teeth to decay are either from California (fluoridated water supplies just before Minnesota did) or their parents gave them fluoridated vitamins as a child.

The primary objection to fluoride of any kind is that it’s a poison. My answer to that argument is, yes it is, if you drink it in its pure state. So is the chlorine they put in the water and so is water if you drink too much. I actually had a parent sitting in an exam with his child and he vehemently argued his opposition to “that poison” while his cigarettes were sticking out of his shirt pocket!

So with my experience, and coming from a fluoridated State, to fluoridate or not to fluoridate is not a question. It helps prevent tooth decay and premature loss of teeth. With our teeth we can chew and enjoy delicious food, begin the digestion of that food, nourish our bodies and share our beautiful smiles with the World!