You're a Team Even If You Don't Like Her 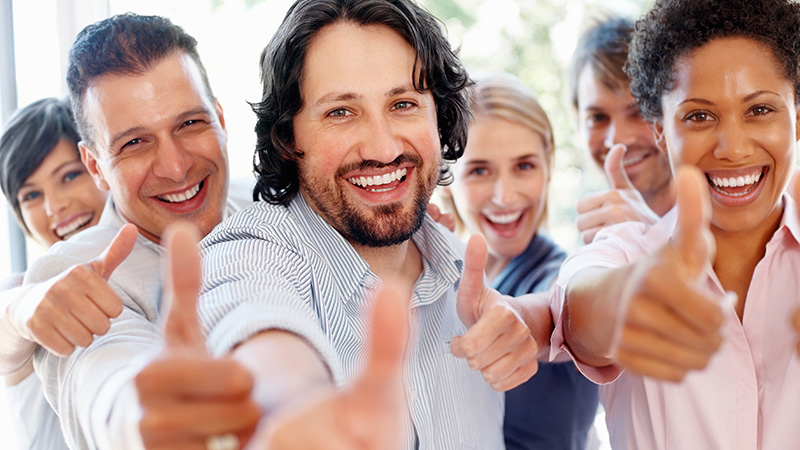 When we reflect on the Team we’ve assembled in our Dental Practice, ask yourself if everyone brings their “A” game to work every day. I’m not talking about the occasional off day one of our employees may have…I’m talking about the general sense that everyone has their head in the game, fully engaged in the practice goals, and on board for success.

And when someone does have that occasional off day, is the rest of the Dental Team there to help pick up the ball and run with it? Or, as I’ve seen so often, a Team member isn’t well liked, and they’re left to fend for themselves on a particularly stressful day. At the very least, this is considered unacceptable behavior in any professional setting.

Rule #1: All people need to be recognized and appreciated for the great work they do and the service they provide, aside from a paycheck.

More recently I worked in a smaller practice as an Associate with some highly competent women. I was and still am in the habit of saying “thank you” whenever any team members brings me something I need or steps up for me in a tight situation. I was working on one of the assistants and another was assisting me. I don’t recall why, but I thanked the Dental Assistant for something.

They both started laughing and I was so perplexed! Apparently, their boss never thanked them for anything, and they’d given him almost 30 years of service collectively. They both stopped laughing and said: “you’re just so nice and we’re not used to it!”

Now I’m not saying I did everything right, because believe me, I didn’t. I’ve made numerous mistakes, but I’ve learned a great deal from those mistakes. Hopefully, the entire Team will learn and grow through their mistakes and develop into invaluable Dental Health Professionals who enjoy caring for their patients and working together every day.

Rule #2: You don’t have to like a Dental Team member to work with them.

If there are personality conflicts in the workplace, they need to be resolved or someone needs to be replaced. No excuses! We can walk around the office angry with a co-worker, but that anger only hurts us and these conflicts can be felt by our Dental Patients whether we think they can or not.

Maybe the problem isn’t a personality conflict, but an individual with strong work ethic dealing with someone lacking work ethic. You know they type: they leave work for others to complete or they don’t follow systems, creating more work for others. They always have a reason why they have to leave immediately at the end of patient care. You’ve all heard it said: You’re only as strong as your weakest link

Rule #3: Yes, you are only as strong as your weakest link.

We can’t discuss the Team without talking about the Coach. I read a great article in Success magazine written by John Addison. Mr. Addison stated that “every business is a people business and people are pretty much the same everywhere. They want to be made to feel special. They want to be recognized. Before they’ll be interested in focusing on the details of their jobs, they want to be part of something exciting, fun, compelling and great”.

He further went on to say “as a Leader, you can control what kind of message you send and where you chose to focus the company’s attention. What you focus on grows”. I once worked as an Associate Dentist and every Tuesday, my boss and I had a meeting, just the two of us. I used to leave the meeting feeling down and I realized that what he focused on were the problems in the office.

I decided to ask him if he ever thanked his employees, or verbalized his appreciation for their hard work and dedication. He told me that he “didn’t do that”; he stated that they get their appreciation every payday. I tried to explain to him that he’d be surprised to know that employees prefer appreciation and a thank you even more than a paycheck. Over time I saw him lose seven key employees; I can only imagine how long it took him to recover morale after losing half his team.